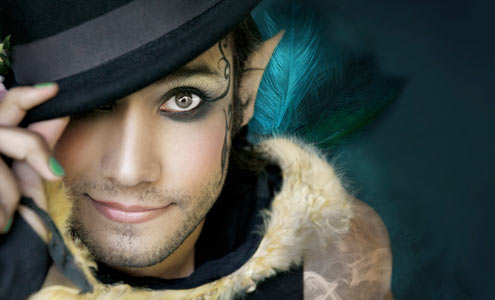 Co-production with The Stage Company Argentina.

A Midsummer Night’s Dream tells the story of four lovers and a group of amateur actors who go at night into an enchanted forest, full of fairies and goblins.

There, the charismatic goblin Puck, protagonist of the story, provokes amusing confusions among the lovers Helena, Lisander, Hermia and Demetrius, who without being able to see the magical creatures become victims of their capricious spells. The same is true for amateur actors, who find themselves immersed in a foreign world that they fear but want to get to know.

At the same time, the King of the Fairies, the powerful Oberon, and his adored Queen, Titania, with their exotic marital misunderstandings, challenge the mortals and their crazed nature, which will only be successfully calmed when the magical kingdom finds harmony and each being finds his or her destiny.